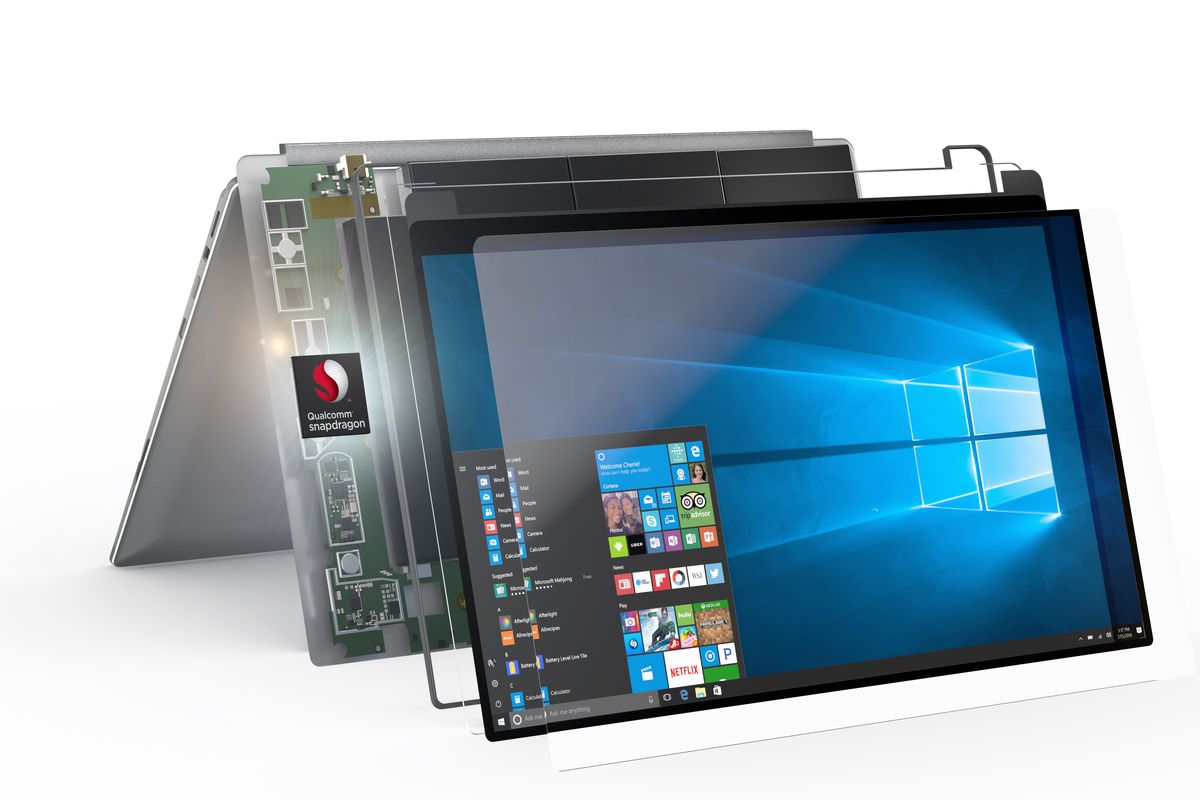 Microsoft and Qualcomm are officially unveiling the first ARM-powered Windows 10 laptops today. As expected, HP, Lenovo, and Asus are the manufacturers creating these new laptops that include a Qualcomm Snapdragon 835 processor. The first devices are similar to 2-in-1 tablet / laptops we’ve seen with Intel-based processors in them, but they differ primarily because of the version of Windows 10 and Qualcomm processor that’s powering them.

Microsoft has previously shown Photoshop running on an ARM version of Windows 10, and the company has developed a special emulator to run traditional x86 apps on these new devices. These devices look and feel like normal laptops, and will run most of the software you’d expect to see on a laptop. HP and Asus are announcing their devices today, and Lenovo is expected to follow in the coming weeks.

The obvious question is why do these devices even exist? Microsoft has worked with Qualcomm to create these “always-on” PCs so that they’re always connected to LTE connections, and work more like an iPad than a traditional Windows laptop. That means you open the laptop up and it should instantly resume, or you close the lid and never have to worry about the battery draining. These devices should have battery benefits and the type of LTE connectivity that we haven’t seen regularly in Windows laptops.

TRADITIONAL X86 DESKTOP APPS WILL RUN ON THESE DEVICES

HP and Asus’ devices will include Windows 10 S, designed to only run apps from the Windows Store, but users will be able to upgrade to Windows 10 Pro free of charge (for now) to get access to the full desktop apps. Microsoft has natively compiled Windows 10 to run on ARM chipsets, so all Windows processes, Edge, and the shell all run natively without emulation. Microsoft has also looked at the top third-party desktop applications and natively recompiled a set of system DLLs that they rely on to ensure performance is solid.

Microsoft’s emulation work does mean that you’ll be able to download most 32-bit exe files from the web and install them on ARM-powered laptops. There are a few exceptions, though. 64-bit Windows apps aren’t supported yet (developers will be able to recompile them in the future), and Microsoft isn’t supporting apps that use kernel mode drivers. That means most third-party antivirus software won’t be compatible, and the vast majority of games that use anti-cheat software will also not work correctly.

Everything else should run just fine, including apps like Photoshop, Office, and Chrome. Performance is obviously still the big question around these devices vs. Intel-based ones, but the idea is that all-day battery life and not having to charge your device regularly might make up for a slight hit to performance. The first devices should run for around 20–22 hours of active use, but if those estimates are anything like what we see with Intel-based laptops then the reality could be a lot less. We’ll be testing them heavily to find out.